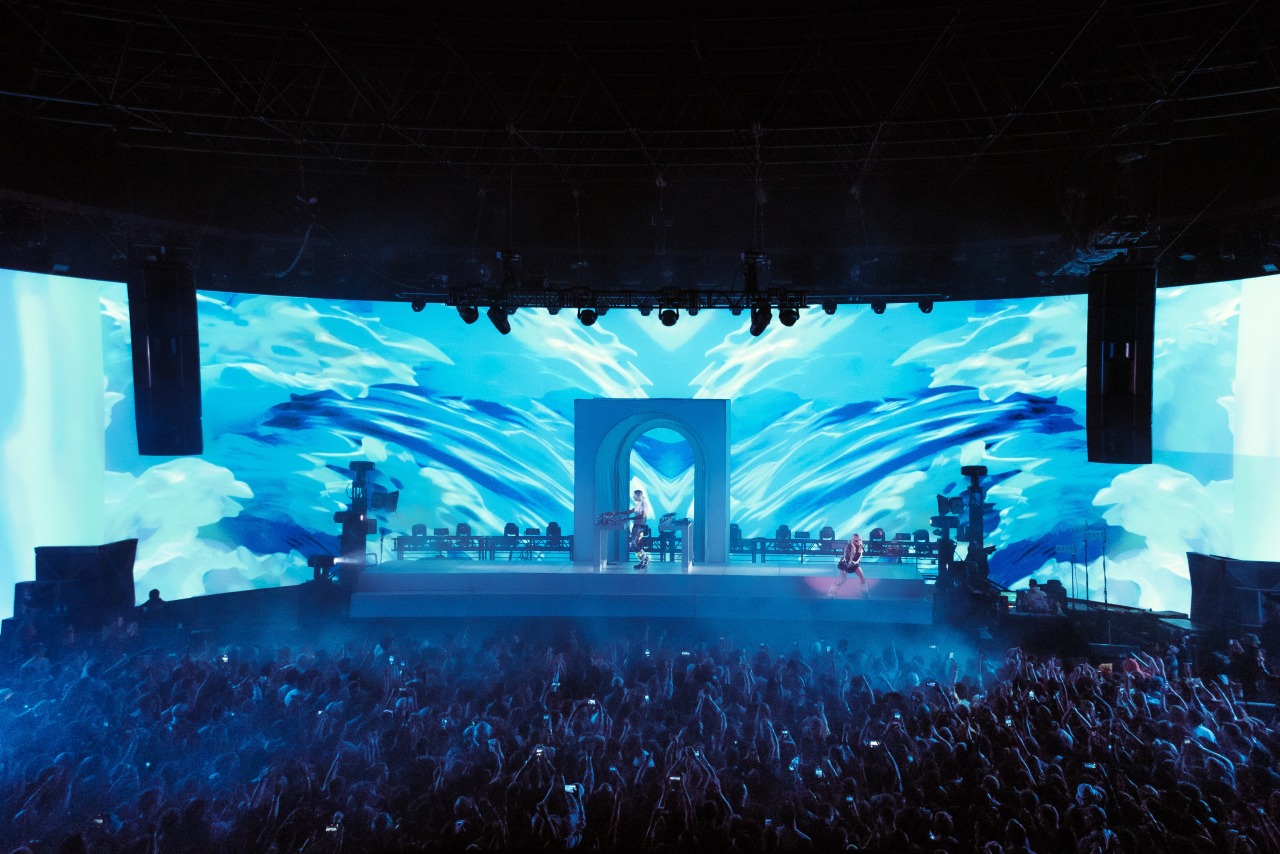 Australian electronic producer and DJ Flume’s third studio album — and first in six years — Palaces, has garnered its fair share of critical acclaim: “The musician couples his floor-shaking, hit-making style with quieter moments of introspection, reaching new heights in the process,” raves NME. And all of that was on display at Brooklyn Mirage on Wednesday, the first of a three-night run.