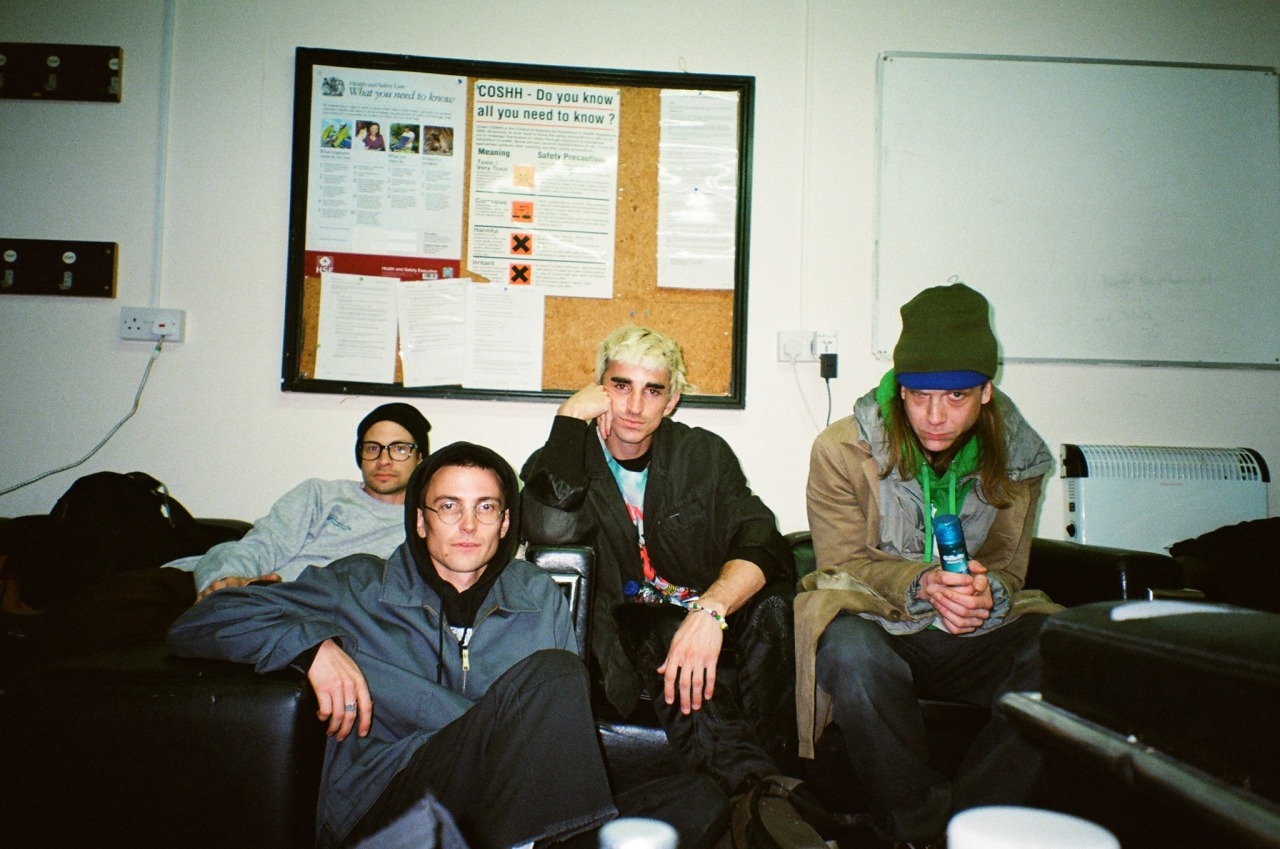 We’ve only been going to the beach for pleasure for a couple of centuries now. For most of history, the sea was an enemy. I’ve been listening to DIIV since they showed up at my college one night touring behind their first album, 2012’s Oshin, and slept on the venue’s couches. Their sound was like other beachy bands I was listening to at the time, but so much icier, more jagged. On Thursday night at Brooklyn Steel, it clicked that DIIV’s is a take on surf rock that’s less sun-sun-sun, fun-fun-fun, one that stares into the sea with as much dread as joy. In the first days of summer, DIIV, originally from Brooklyn, played Oshin in its entirety. It was always the darkest surf album of the lot, a beach on a January morning.

“A lot of bands don’t get to do this for this long,” commented lead singer Zachary Cole Smith on the 10-year anniversary. It sounded less like an exuberant statement of gratitude than a dry recital of fact. I’ve heard that kind of thing at a few shows recently, bands stepping into a fresh decade of music-making, into live music’s supposed “rebirth” with the feeling that the end is still looming over their shoulders. It’s not possible to ignore that things are not getting better, that times are getting meaner. But in that ambiguity is the richness of the exercise, all the salty and stinging things the ocean contains: When they wrote this album it was with their old bassist, who got outed as a 4chan white supremacist, and while Smith was still clawing his way through heroin addiction.

Yet here they still are. DIIV had made all of the visuals last night, Smith also noted, referring to the blurry, enigmatic videos that were projected behind them. In one shot of a wall full of stickers in some piss-soaked bathroom, a red sticker that announced, “It’s Saturday,” was pasted over a customarily pained looking depiction of Kurt Cobain. It made my skin crawl in the same way that that picture of phytoplankton under a microscope does, the one that often goes viral under the false headline that it’s what’s contained in a single drop of seawater. It’s disgusting, and it also shows how even a frigid sea is a cradle of life. —Adlan Jackson | @AdlanKJ