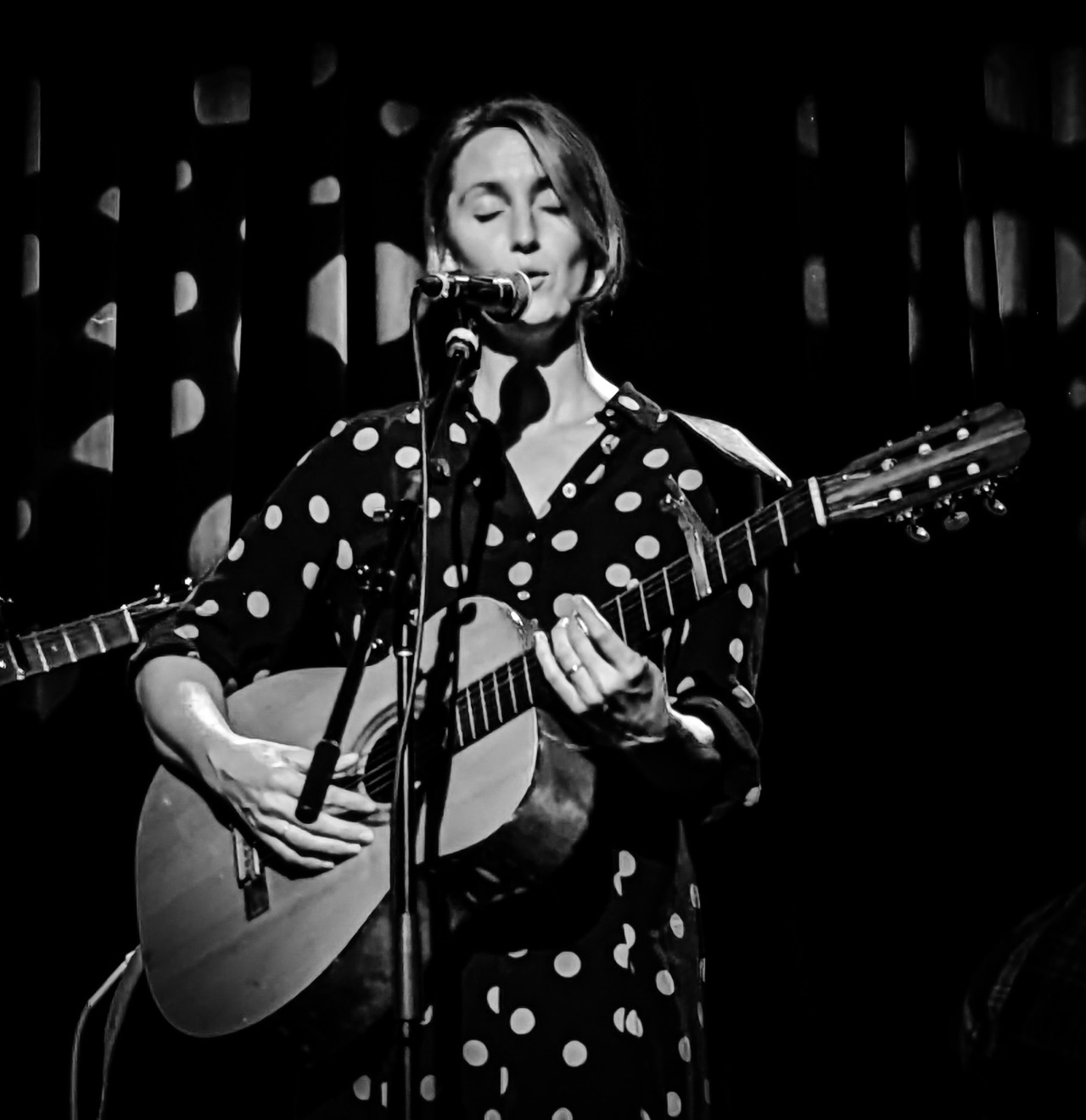 “Hello,” said Joan Shelley to the Tuesday night crowd at Music Hall of Williamsburg after taking the stage. It was a simple greeting, an uncomplicated one-word start to a show seemingly characterized by its simplicity. But complexity is born in a million little simplicities and so it was with Shelley’s set. No sooner had that greeting left her mouth that technical difficulties — the simplest of cables gone bad — brought out a new, slightly more complex greeting: “Here we are, take us as we are.” And with that twist, the show was ready to begin. The Louisville, Ky., singer-songwriter opened with “Brighter Than the Blues,” off her 2015 release, Over and Even, Nathan Salsburg’s acoustic guitar and James Elkington’s dobro echoing each other while Nick Macri’s bass did the same with Shelley’s vocal melodies, simple musical gestures creating a wealth of interesting sound.

The rest of the show continued to expand on the theme, Shelley giving her band room to breathe as she led them through a set list drawn from her entire catalog. The concept of loneliness seemed to permeate her lyrics, singing “I hide from the world” on “Fawn,” off her latest album, The Spur; turning “lonely” into a 10-syllable word in “Wild Indifference,” off her 2017 self-titled release; and then later, “It’s gonna take some time / Till the ache unwinds” on “Completely.”

Each word was sung with the crispness of an acoustic guitar string, Shelley’s voice perfectly matched to her material, the range and the emotion ringing true. The band was just as well suited, lap steel and acoustic guitar expertly winding around each other on “Like the Thunder” and a gorgeous convergence of all the instruments on The Spur’s title track, Shelley singing, “We’ll put our feet in the sky / Rip ’em free from the ground / And we’ll dance like we’re high / Watch the good times wear out” and making the crowd feel it. The set ended with “When the Light Is Dying,” haunting and sad, simple in its beauty, complex with meaning, a “goodbye … for now” from Shelley and her band.  —A. Stein | @Neddyo