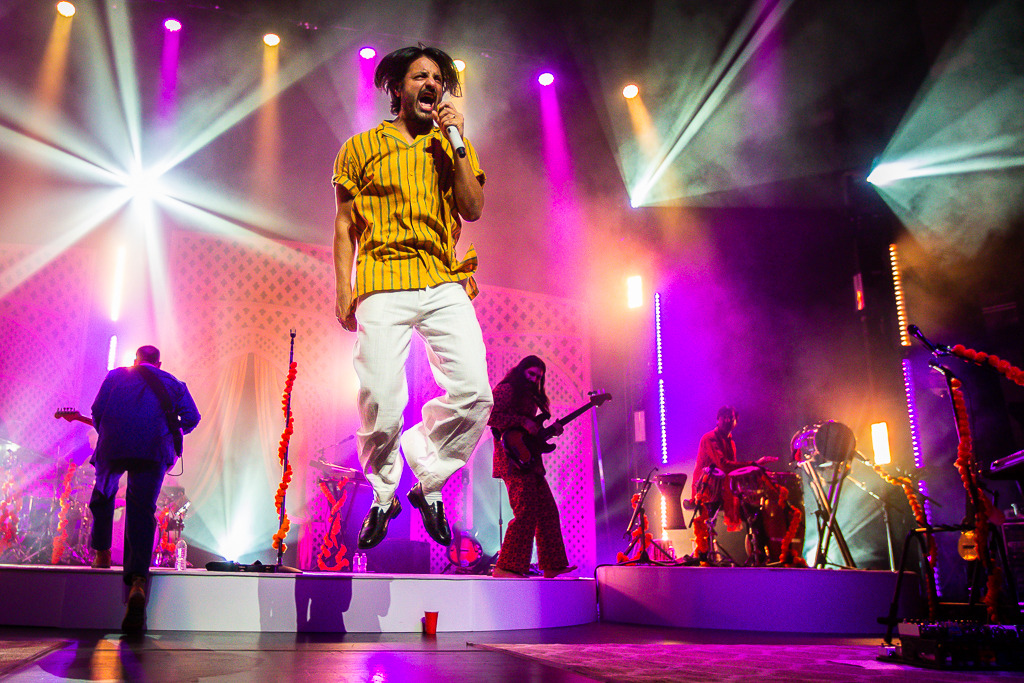 Over the past few months, Young the Giant have released three-quarters of their upcoming fifth long-player, American Bollywood, filled with the indie pop and arena anthems that have become their sonic calling card. And the fourth part dropped on Friday just as the Irvine, Calif., five-piece landed on the Upper West Side to kick off the weekend and an electrifying two-night run at the Beacon Theatre.