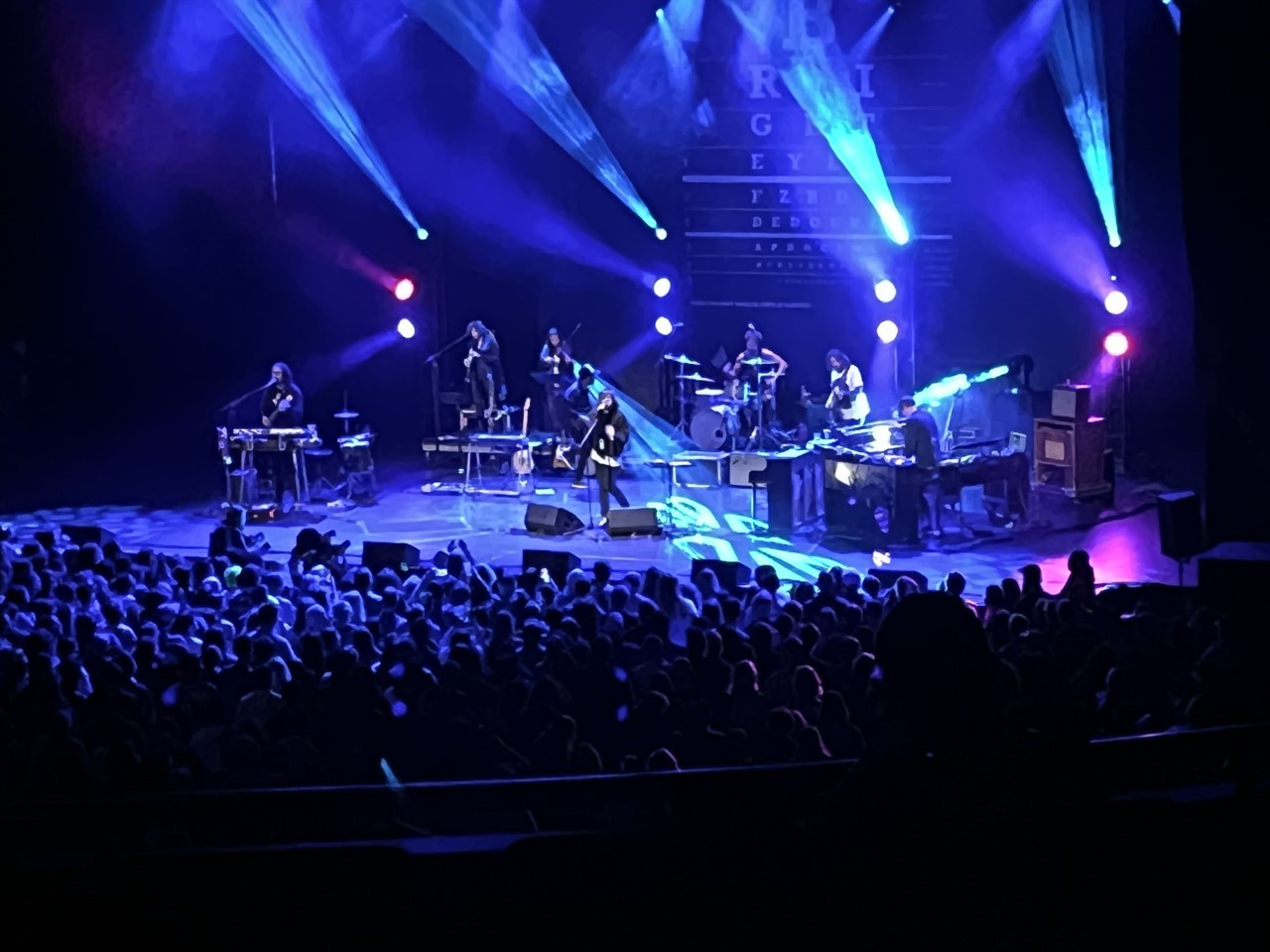 The Omaha, Neb.,-birthed Bright Eyes put the Great Plains on the musical map with two decades worth of music. Sure, band members have taken occasions to pursue other projects over that extensive time — notably frontman Conor Oberst, who’s been a member of the Mystic Valley Band, supergroup Monsters of Folk and Desparecidos, plus his project with Phoebe Bridgers, Better Oblivion Community Center. Bright Eyes reunited in 2020 with their 10th studio album, Down in the Weeds, Where the World Once Was, released on their new label Dead Oceans. And this past Friday, three albums from their back catalog were released with additional companion material, and the band played quite a few of those tracks at Kings Theatre on Saturday.

Entering the stage to a boisterous intro, Oberst quickly drilled into “Dance and Sing” and twirled while crooning. The set continued with “Lover I Don’t Have to Love,” from the recently rereleased Lifted or the Story Is in the Soil, Keep Your Ear to the Ground. The singer rejoiced, “New York, thank God.” Reminiscing throughout the show about his time living in the city, he traced many of the songs back to his 13-year residence in the East Village, or as he clarified as “paying rent.” A tribute was paid to his hometown when Bright Eyes covered a fellow son of Omaha, Simon Joyner’s “Double Joe.” Opener Alynda Mariposa Segarra, of Hurray for the Riff Raff, joined in on a rollicking rendition of “Haile Selassie.”

And what was most endearing for this writer was witnessing the bromance between Oberst and longtime bandmate Mike Mogis. It was especially evident on the main set’s closer, “Another Travelin’ Song,” as Oberst lovingly laid his head on Mogis’s shoulder. Although Oberst was conscious of time, the band returned to encore with an additional four songs, beginning with “Spring Cleaning” and closing with “One for You, One for Me.” —Sharlene Chiu | @Shar0ck