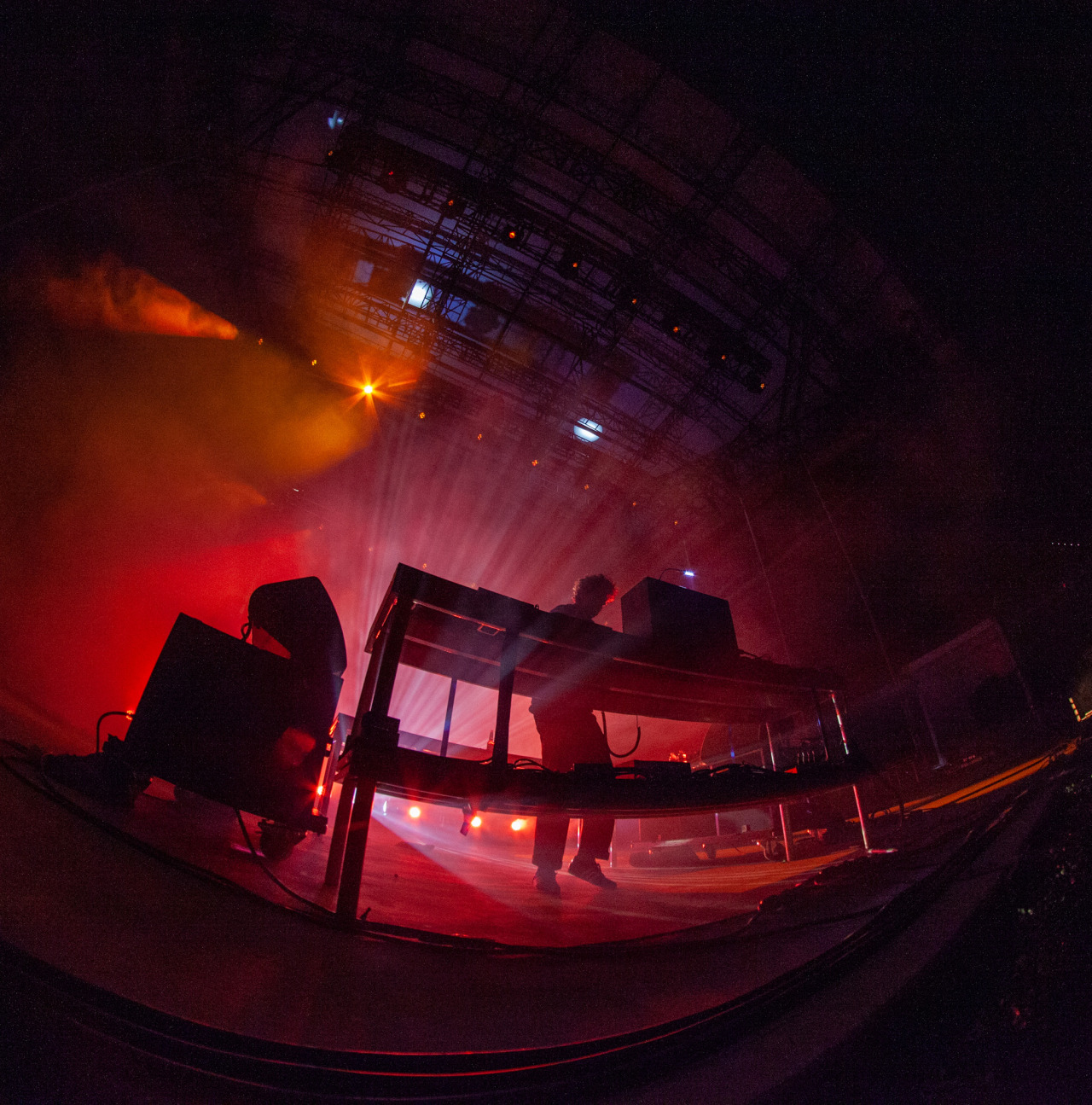 It was a real boys night at Forest Hills Stadium on Friday. Floating Points and Four Tet, along with Avalon Emerson and Omar S, opened for a Jamie xx solo DJ set. “Are you at the craft beer bar or the Bud Light Seltzer Lounge?” one bro yelled into his phone, presumably trying to find another. It was the first truly cold day of the season, and it seemed to have taken the whole audience by surprise. Normally on the way to a show in Forest Hills, you can see people playing tennis on the courts that surround the area. Not on Friday. Instead, bros in hoochie daddy shorts shivered. It was no longer their time.

Onstage, the boys tried to bring back the summer-festival feeling — it was a Friday after all, the weekend had just begun. Kids pranced across the stage during the Floating Points and Four Tet sets — the British bros performed back-to-back for a while, playing spare beats and flipping Lil Baby and Ariana Grande samples in front of a frigid halo of lights. “The temperature’s rising in here,” Grande’s disembodied voice called — and then Four Tet closed out the rest of the set solo.

Jamie xx, the evening’s final bro, came out and immediately the stage was more colorful, the songs more melodic. “NY Is Killing Me,” from his collaboration album with Gil Scott-Heron, We’re New Here, bounced out of the tower of speakers, and the crowd bounced with it, manifesting a warmer night. He closed with “I Know There’s Gonna Be (Good Times),” his jubilant collaboration with Jamaican dancehall DJ Popcaan and the currently incarcerated Young Thug. “Have to turn it up for the weekend,” Popcaan commanded. “I know there’s gonna be good times,” the sample shouted. —Adlan Jackson | @AdlanKJ