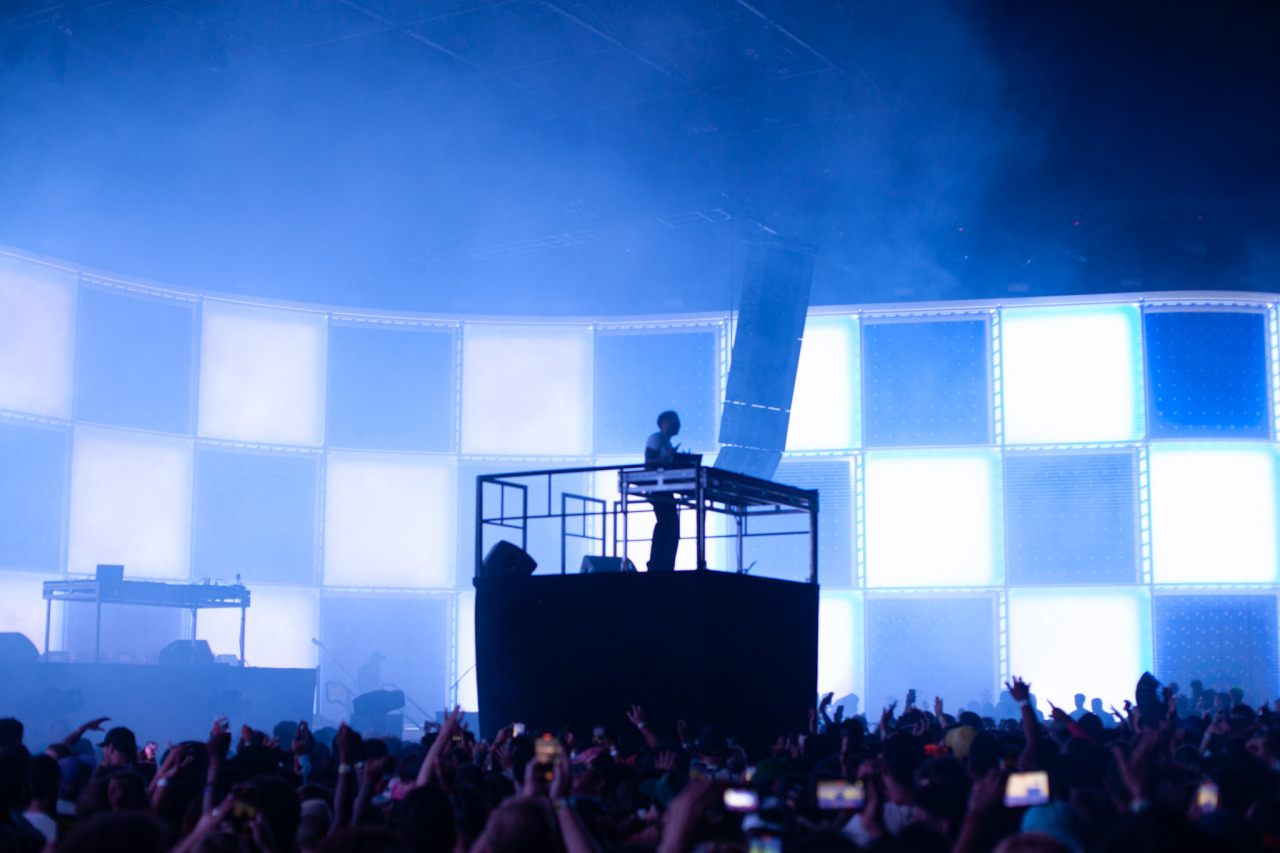 Kaytranda Strives for Transcendence on Night One at Brooklyn Mirage

Last night Brooklyn Mirage was packed, and the moon was bright and full. But as soon as Kaytranada took the stage, there was palpable relief. As the first beat dropped, you could feel the audience exhale. “This is sick,” someone yelled to no one in particular at my customary Mirage placement, stuffed against the bar on the left.

The show began with a live video feed of Kaytranada backstage, staring directly into the camera. Because how many of us even know what Kaytranda looks like? That’s a question a lot of DJ-slash-producers must deal with — how to build an identity without being a vocalist? Some choose glowing helmets; some date pop stars. The Chainsmokers started singing.

For Kaytranada the answer comes with his distinctive style: Reducing every song to a relentless, near-meditative four-on-the-floor and phantasmal vocals, he pieces together an homage to 2000s UK garage and R&B and hip-hop with today’s silkiest voices, like H.E.R. on “Intimidated,” the Weeknd on “Out of Time,” and his unforgettable remix of Teedra Moses’s “Be Your Girl.” No one else can play with pop music like Kaytranada can, partially because few people in the world can get access to things like studio-quality Normani a cappellas.

Long gone are the days of studio a cappella and instrumental releases. We live in a locked-up, litigious music culture where only people like Kaytranada can get away with this shit. Luckily Kaytranada’s very good. He teased a little bit of the instrumental of Janet Jackson’s “All for You,” but didn’t play it — nothing in the Kaytranada Universe is quite that euphoric. Rather, his sound is enigmatic and mysterious and blank, buildup abounds but payoff is sparing. It’s almost a subdued, Montreal response to French house, just as melodic but less interested in glory, more fixated on something slightly to the left of that: transcendence. —Adlan Jackson | @AdlanKJ