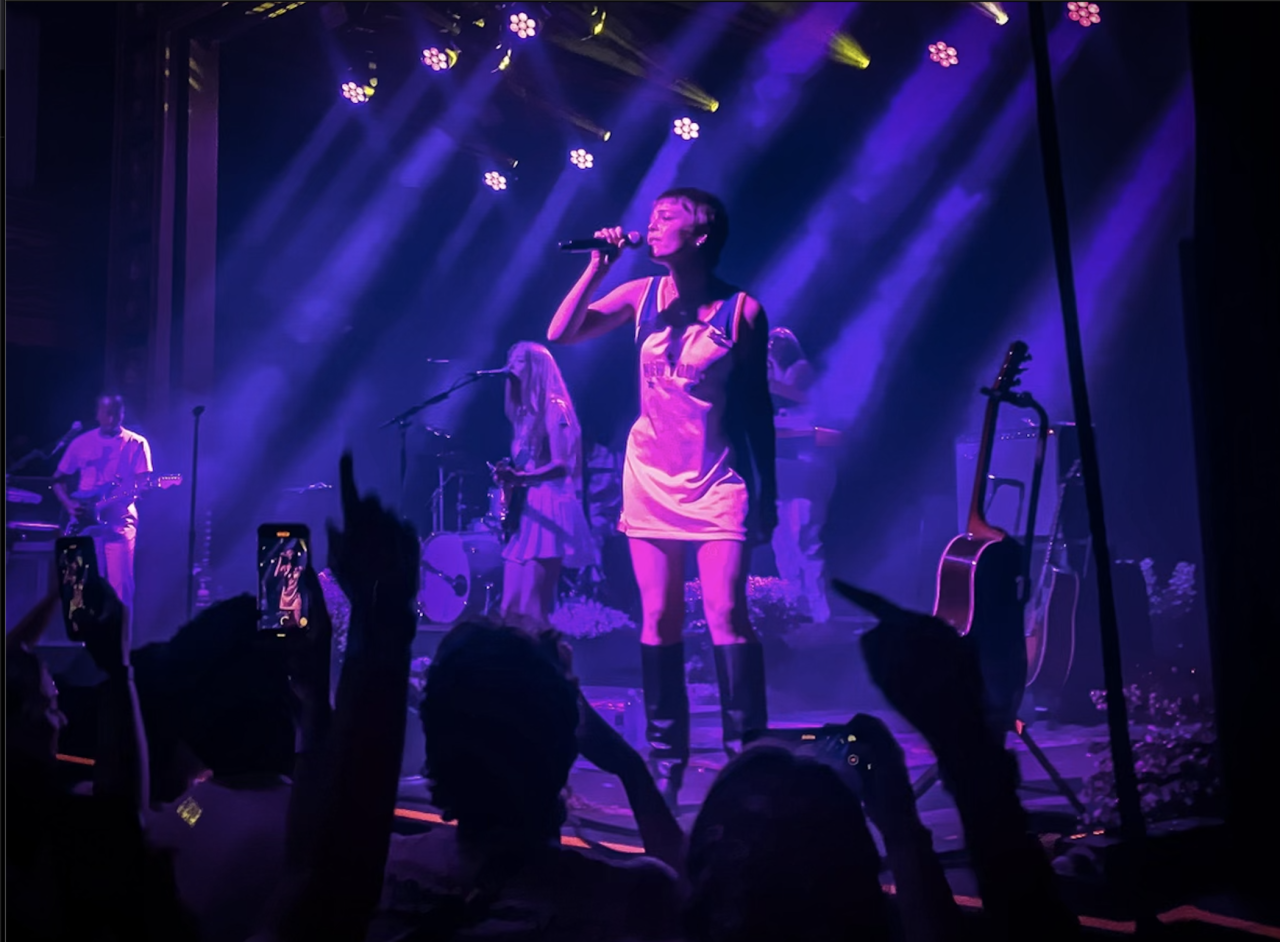 It’s tough to release your album at the same time as Beyoncé does. I know that announcement must have made Maggie Rogers sweat. But still, as “That’s Where I Am,” the lead single on her sophomore album, Surrender, says, it all works out in the end. Rogers made the best of it on Thursday night, playing to a sold-out crowd at Webster Hall for Surrender’s release show. She easily packed it — audience members were spilling out of every door, craning their necks to get a look at the singer-songwriter. Those of us unable to fit in the ballroom, however, had no trouble hearing her. Rogers’ voice was cannon fire as she alternated between favorites from her debut album, Heard It in a Past Life, like “Alaska” and “Fallingwater,” and new Surrender tracks like “That’s Where I Am” and “I’ve Got a Friend,” which she called a love song to her best friend.

That best friend was on the balcony, and Rogers paused the song to request that fans not stare at her: “Eyes on me,” she half-joked. Rogers said she was grateful, though, to again be before the writhing mass of what she called “complicated humanity,” an apt term for a concert audience, I thought. I spend a lot of time writing about concert etiquette — “do this,” “don’t do that,” the cringey things that crowds sometimes do, the outdated conventional wisdom that seems to dictate behavior — but I think I still go to shows every night not because I like being disappointed by their failing to be the pure spectacle of human togetherness and artistic display that I fantasize about, but precisely because they are the vital expression of that untameable wrongness, which, on the best nights, somehow becomes right. You can’t get a handle on it without jumping in and asserting yourself, making your fleeting imprint. This psychic mosh pit is a shorthand for the human condition, a rehearsal. I go to concerts not despite that, but so that I can get some of that fight.

Maggie Rogers, taking a tequila shot on the Webster Hall stage and talking about writing her album at a friend’s house in Martha’s Vineyard, returned to the stage for her own dose. She could have filled a much bigger hall, and probably soon will, but in front of the more intimate audience seemed to come alive, embodying that ragged sublimity. She ended her encore with album-closer “Different Kind of World,” a would-be anthem for our time, and proved she could conduct the madness. —Adlan Jackson | @AdlanKJ