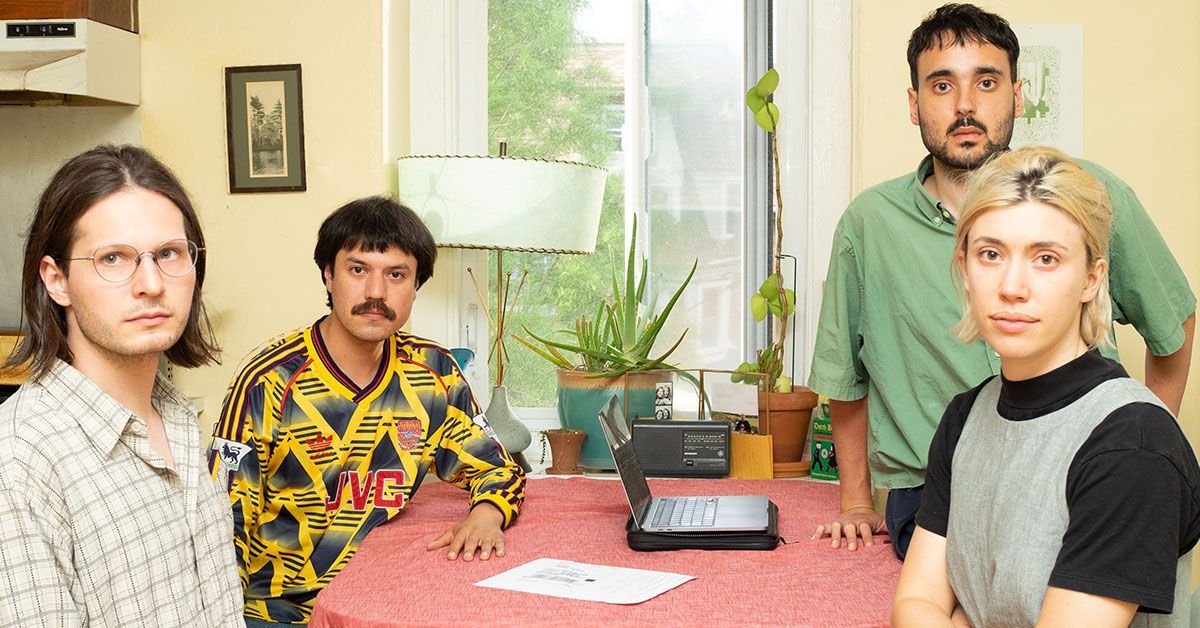 I have waited long and patiently for the return of Palm, the abstract art-rock foursome whose debut full-length, Trading Basics, oh so quietly blew my mind in 2015. Thank the good and many gods that the band has returned — not only to recording music, with this year’s Nicks and Grazes, but also to playing live. On Wednesday night at Music Hall of Williamsburg, Palm put on a stunning and intoxicating show so delectable that you could nearly see the crowd salivating.

Vocalists Eve Alpert and Kasra Kurt, bassist Gerasimos Livitsanos and drummer Hugo Stanley hadn’t put out a studio album since 2018’s aptly named Rock Island, a balancing act of jagged and oppositional time changes, loops and dreamy psych-like vocals that have been stretched and pulled like taffy. The band drew quite a bit from that album on Wednesday, playing “Composite” early on to whoops and shouts from the crowd. Kurt’s vocals — not to mention his lyrics — are deeply reminiscent of droned-out Beach Boys: “God only sees it from both sides / Take a chance to clean His foggy eyes.”

On “Composite,” as on “Dog Milk,” as on “Heavy Lifting,” as on … well, a great much of what Palm played last night, the music warps and twists midway through, like a real-time record scratch, which is simply tantalizing when performed live. The foursome’s jammy outro on “Heavy Lifting” (Rock Island) was exhilarating, as was the build on “Feathers,” off Nicks, which started slow, soft and doomy and worked up to a percussive, near-danceable tune: “Make it up,” Alpert sang, “like a performer.”

Despite their adventurousness, Palm have managed to carve out a truly distinct sound, often punctuated by steel drum. That’s carried over into Nicks, on songs like “On the Sly,” which smacks of Animal Collective and Deerhoof. The live effect was one of buoyancy, keeping the room’s energy lifted all evening. But Livitsanos’s bass kept the floor in sight. Stanley’s drums are just a feat to behold, like a mathematical proof that has somehow been through the looking glass of a Pollock painting. The band encored with “Ankles,” the hit off Trading Basics, an angular, math-y classic of their genre that rippled across the room. Palm playing live is such a special sonic snack. Leave your expectations of form at home, though, and open your brain portals to some seriously excellent music. —Rachel Brody | @RachelCBrody