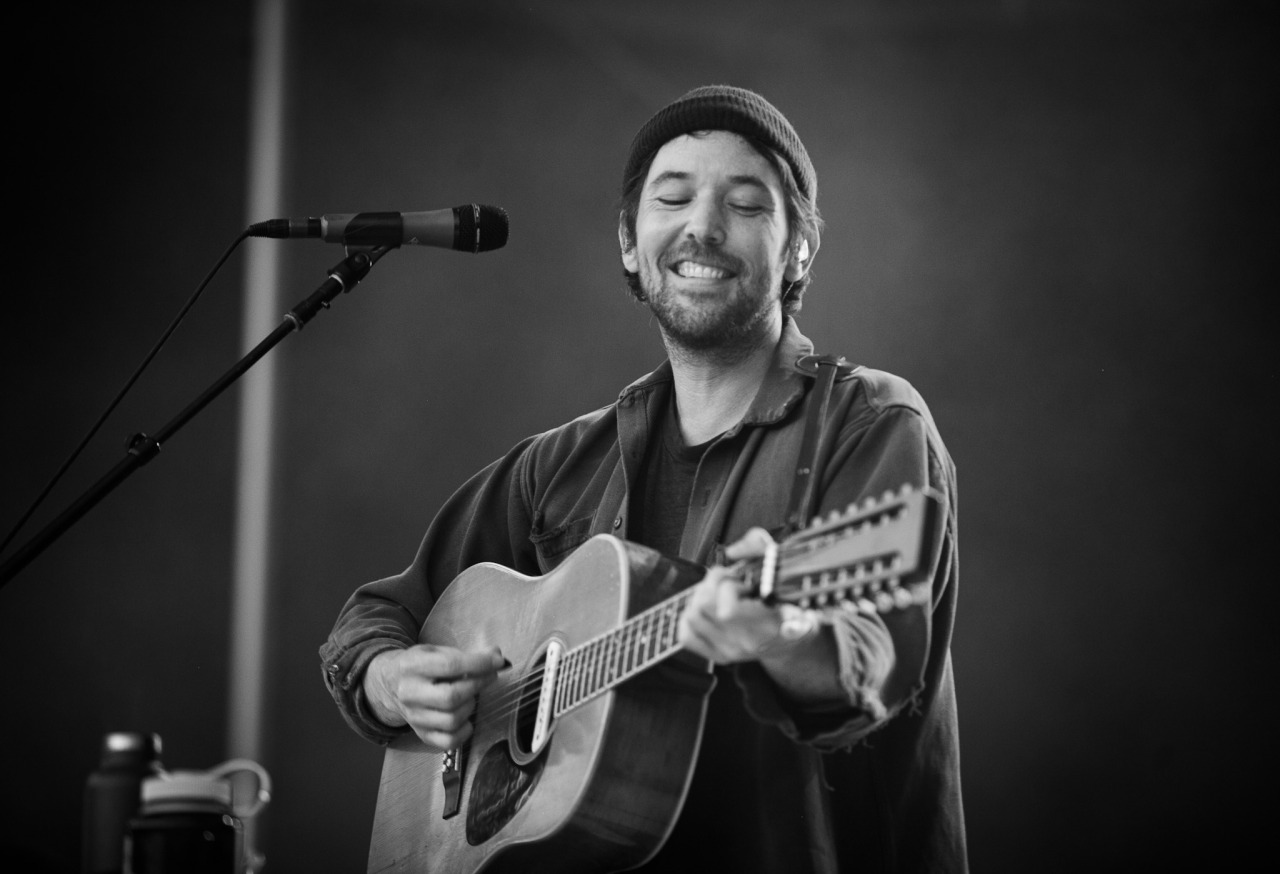 Harmony is when all the pieces fit together just right, creating a whole that is more pleasing than those pieces might have been on their own. The weather in Queens on Saturday night, for example, was a positively harmonious blend of temperature, humidity and breeze. It was a perfect setting for the Fleet Foxes — no strangers to the concept of harmony — to finish their tour at Forest Hills Stadium. Over an extended two-plus-hour show, begun in summer daylight, ending at night, Robin Pecknold and his band found a heady consonance, balancing new material from 2020’s Shore with older favorites. The set began with the first three songs off the album, characterized by vocal harmonies and the oomph of a full horn section, capped with “Can I Believe You,” Pecknold’s voice riding the autumn’s-coming wind in the air. “Ragged Wood” kicked off a trio from the group’s 2008 self-titled debut, which seemed to hasten the sun’s descent for the day, acoustic guitar and vocals clicking just right as the band constructed prog-folk melodies, brightly colored geometric shapes filling the screen behind them.

The set built from there, simple musical patterns combining into more complicated structures through expert harmonies and rhythms. “Featherweight” was a return to Shore: horns, upright bass and a harpsichord-flavored-keyboards backing as Pecknold sang, “May the last long year be forgiven / All that war left within it / I couldn’t, though I’m beginning to / And we’ve only made it together / Feel some change in the weather,” the lyrics in concert with the energy in the stadium. The sun was officially down as they played “Third of May / Ōdaigahara,” off 2017’s Crack-Up, a black ink blot creeping over the screen while a scramble of horns brought an appropriately darker energy.

The second half of the set was a well-balanced mix of material and energy, the heavenly harmonies of “White Winter Hymnal” at one end of the spectrum, and the dynamic boom-pow of the closing “Blue Ridge Mountains” and “Grown Ocean” at the other, with a Pecknold solo section featuring “Blue Spotted Tail” in between. After a short break, the frontman returned in Björn Borg-esque tennis garb to sing a couple more unaccompanied campfire-style before the similarly clad band came back out for an extended encore. Opener Uwade joined (also in tennis-anyone? attire) extending the harmonic range even further, standing out on the horns-heavy Strokes cover, “Under Control” and the dreamlike “Going-to-the-Sun Road.” The show closed with the title track off 2011’s Helplessness Blues, the backdrop screen alternating between solid bands and photos of flowers, simple geometries mixed with the complexities of Mother Nature, Fleet Foxes in harmony with both, the crowd around me singing along as well. The band built a triumphant wall of sound, everything fitting together just right to the very end. —A. Stein | @Neddyo